Belounis is shown here at the Doha corniche. 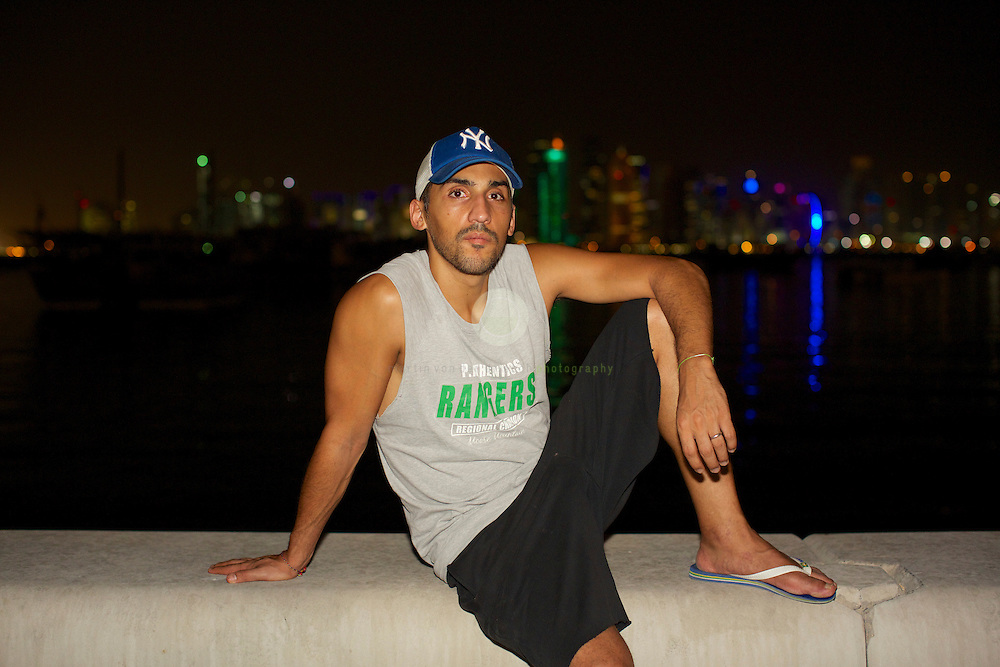