Million-Dollar-Races: Dubai World Cup 2008. The Dubai World Cup, the final event of a racing season that run from November till March, is the top sport and society event in Dubai. With prize-money of $US21.25 million it is the highest-paid racing event in the world - anything else would have been a major surprise in this city of superlatives. And yet, it is one of the most democratic international sport events that one can attend. While most of the westerners simply want to have a good party (and to get drunk), the ruler's focus is exclusively on the outcome of the races. Large sections of the crowd- many of them from the Subcontinent and from Africa- simply enjoy a good day out with friends or family. A woman carrying a bottle of champagne. 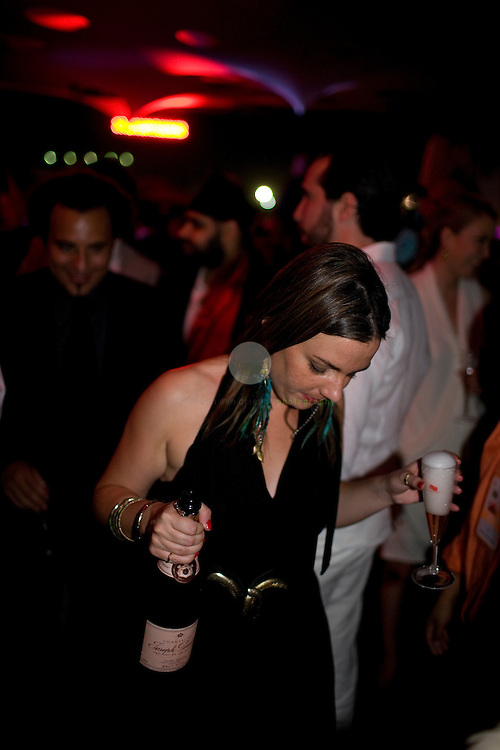