Here the family clothes, ready to be packed into a suitcase. 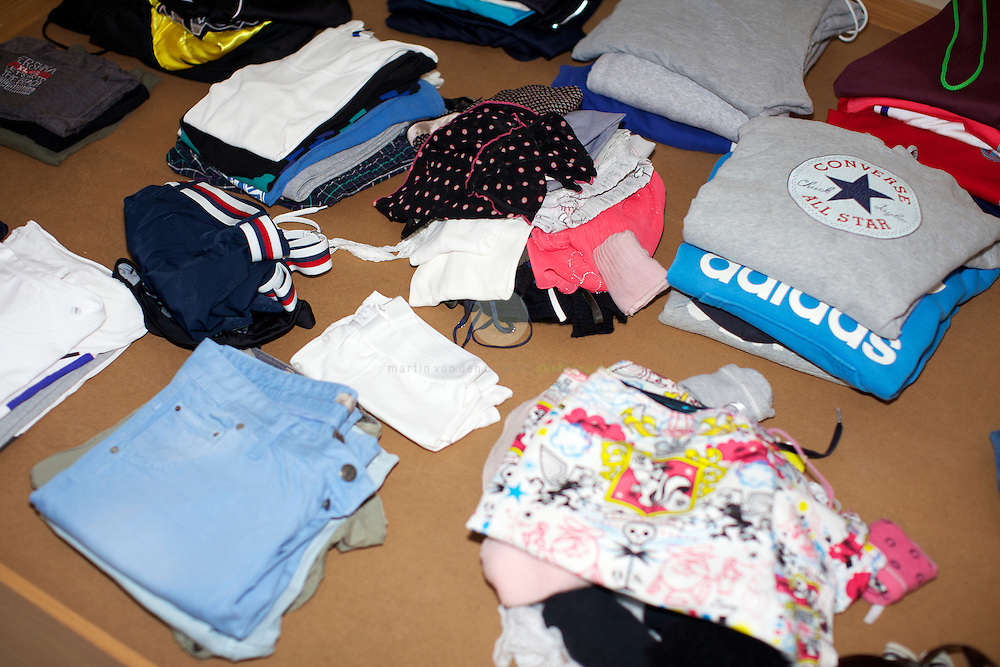