Mr. Belounis is shown here in a Doha park together with his wife. 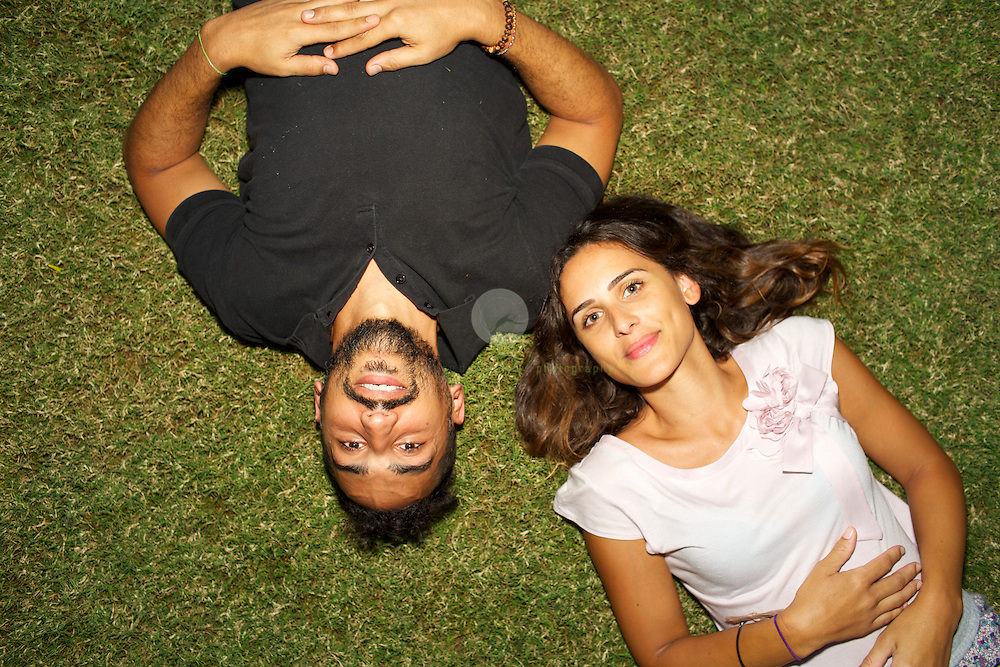