Million-Dollar-Races: Dubai World Cup 2010. ASIA, UNITED ARAB EMIRATES, EMIRATE DUBAI, DUBAI, 27.03.2010: The Dubai World Cup, the final event of a racing season that run from November till March, is the top sport and society event in Dubai. With prize-money of more than $US20.00 million it is the highest-paid racing event in the world - anything else would have been a major surprise in this city of superlatives. Event he economic crisis hasn't slowed down the ruler srive for superlative: the price-money for the final race, the Dubai World Cup card, has gone up from $US6.00 to $USD10.00 Mio this year. And yet, it is one of the most democratic international sport events that one can attend. While most of the westerners simply want to have a good party (and to get drunk), the ruler's focus is exclusively on the outcome of the races. Large sections of the crowd- many of them from the Subcontinent and from Africa- simply enjoy a good day out with friends or family. Here visitors following the race, in the background the spectacular new Meydan grandstand, with a capacity of 60,000 visitors.. 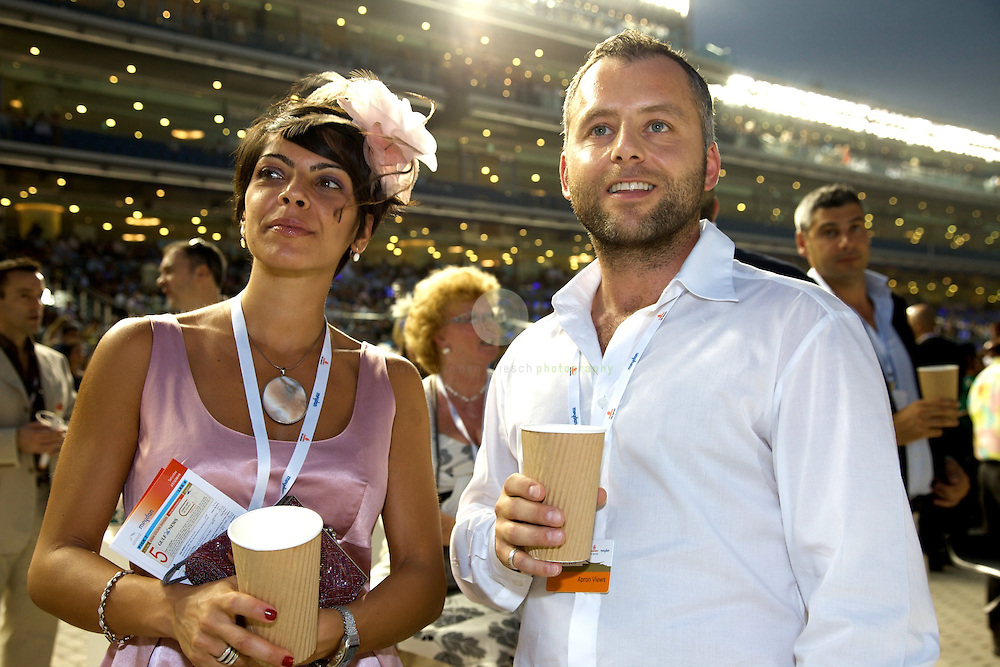