Belounis is shown here at the Doha corniche, with traditional boats (dhows) and the modern skyline in the background. 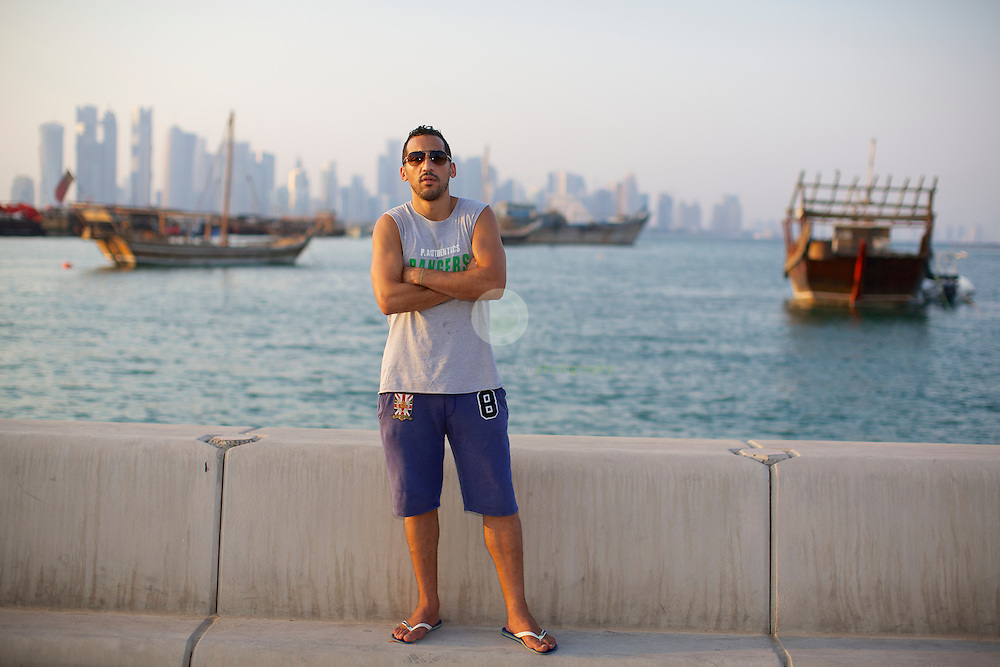