Belounis is shown with his two children, playing in the hallway of their house. 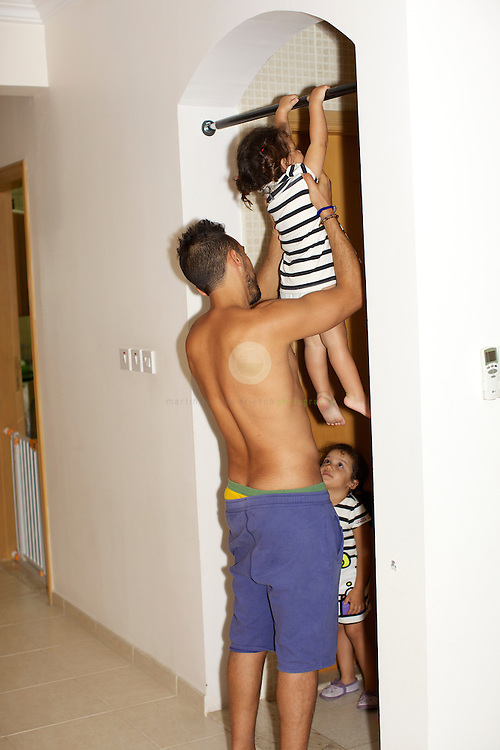