Belounis is shown here at the Doha corniche, together with French football trainer Stéphane Morello who is also not able to leave Qatar.

UPDATE: After nearly five years in limbo, Morello has finally obtained an exit permit to leave Qatar in late October 2013. 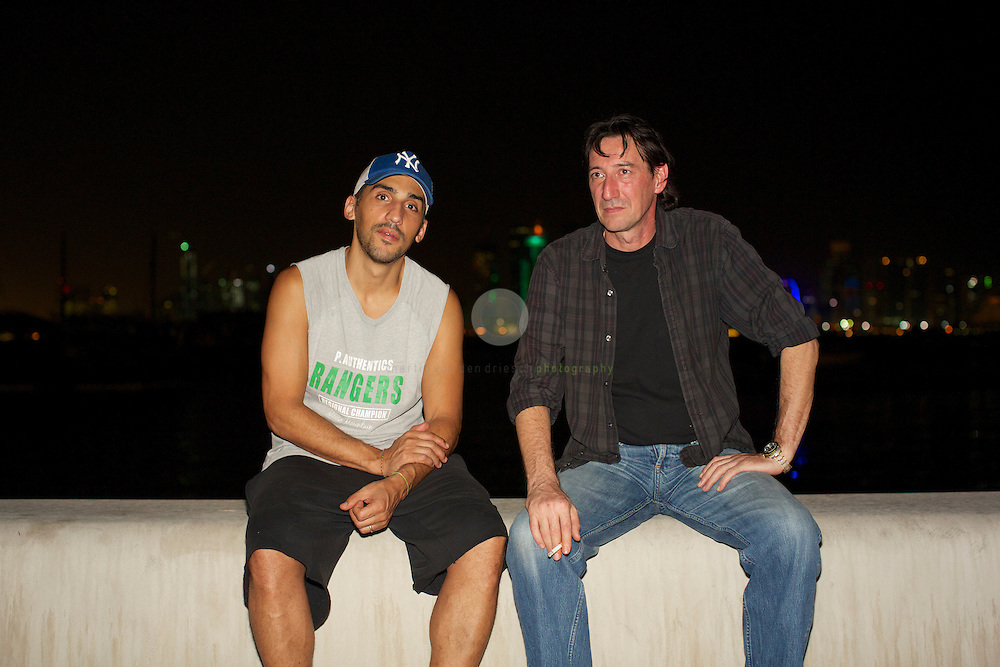