Mr. Belounis is shown here in his kitchen, together 2 children. 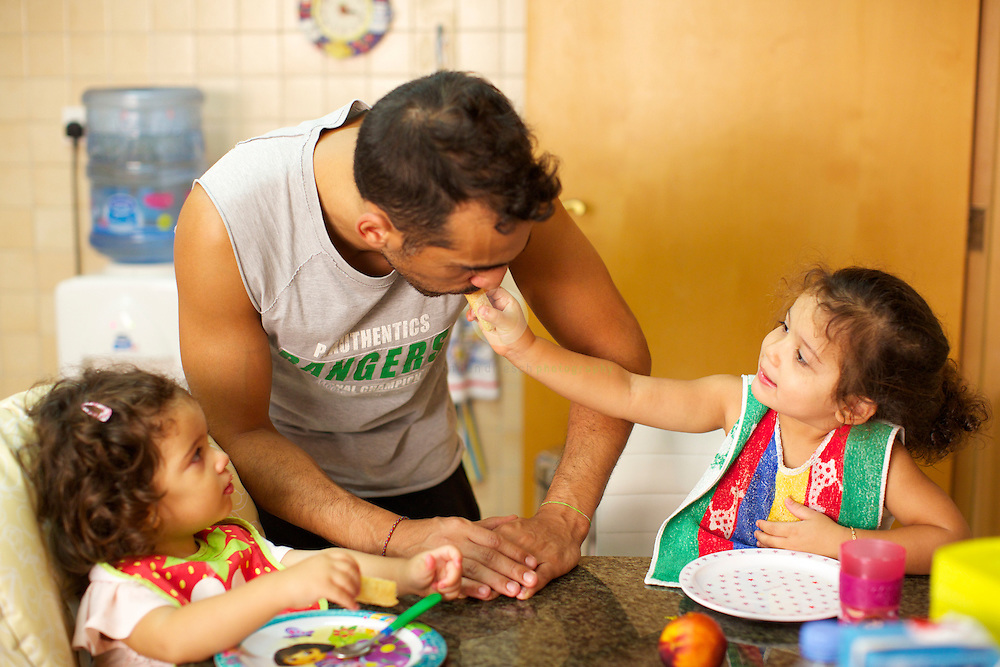