Belounis is checking here new emails on his iPad, with a packed moving box in the background. 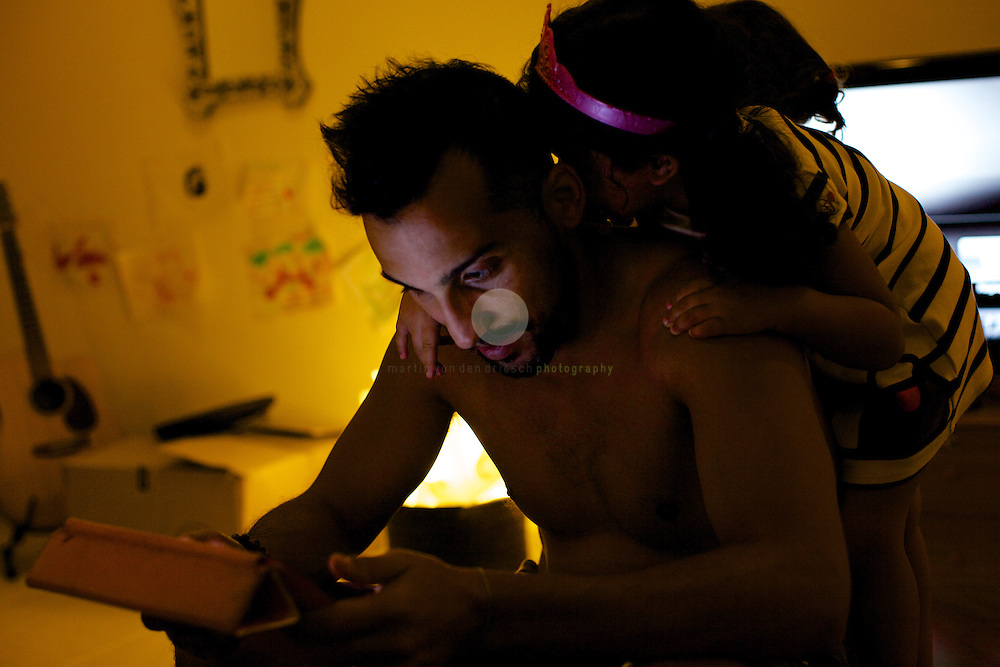