This man holds an amplified loudspeaker. In the background is the U.S. embassy. 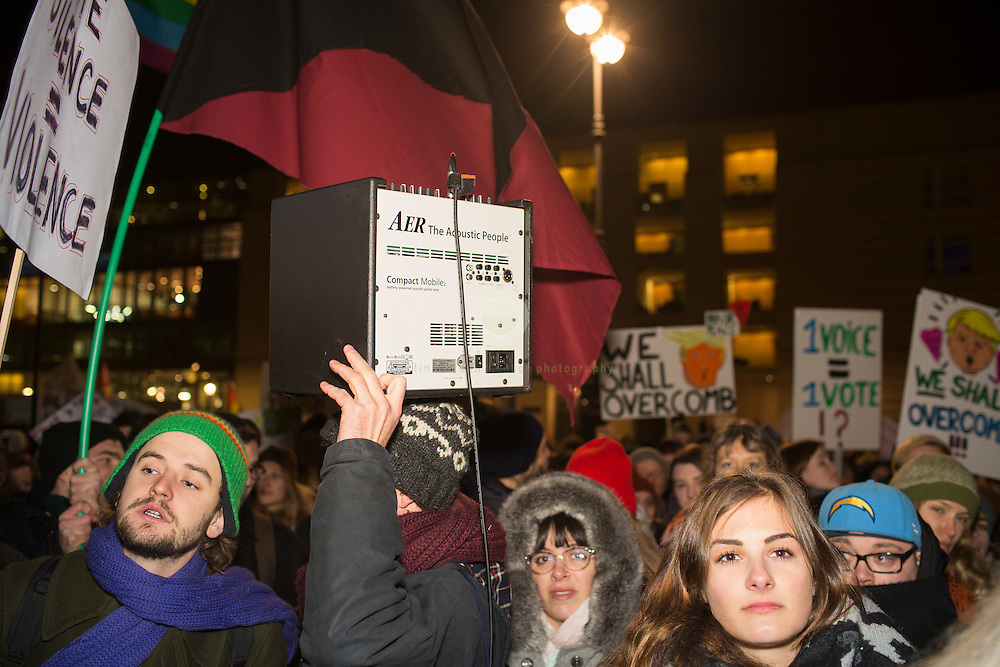